Huperzine A is an alkaloid chemical compound extracted from the Chinese herb Huperzia serrata. It inhibits the enzyme which breaks down acetylcholine called acetylcholinesterase (AChE), making more acetylcholine available to the brain. Acetylcholine is a neurotransmitter in the parts of the brain that impact memory and learning, attention, and alertness–making it one of the most beneficial neurotransmitter compounds for overall cognitive function and brain health.

Huperzine A has a high bioavailability and is distributed in the body rapidly. It can pass through the blood-brain barrier where its effects as a cholinergic can be achieved. It elevates the level of acetylcholine in the frontal cortex by 125% and by 105% in the parietal cortex; acetylcholine in other regions of the brain are increased by 22-65%.

In addition to its cholinergic effects, animal research suggests that it promotes antioxidant activity against beta-amyloid proteins, glutamate, and peroxidation damage. Animal research also indicates that it may contribute to neurogenesis and may also protect mitochondria.

Pure Nootropic’s Huperzine A provides 200 mcg of the Huperzia serrata leaf standardized extract per 1 capsule. Suggested use for adults is 1 capsule by mouth once daily, or as directed by your healthcare practitioner. 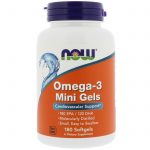 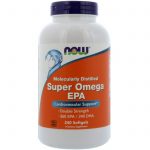 Detailed descriptions of the ingredients included in the Pure Nootropics Huperzine A Capsules dietary supplement: