This description has been derived from the manufacturer’s / distributor’s website.
Peppermint oil comes from the mint family, which is known to be nutrient rich. Taken orally, it is often used as a digestive aid. The enteric coating used on Vitabase Peppermint Extract Gels keeps the oil from breaking down in the intestinal tract, protecting it until it reaches the small intestine, where peppermint is most effective in addressing digestive conditions. This also eliminates the aftertaste that often occurs when ingesting peppermint. The formula also includes fennel oil and ginger oil which provide synergistic benefits to the intestinal tract.

Suggested Use: As a dietary supplement, take 1 softgel 1 to 3 times daily, preferably between meals. 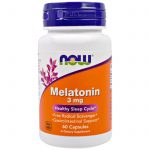 Melatonin, 3 mg, 60 Capsules (Now Foods) - Key ingredients: Melatonin |Melatonin is a potent free radical scavenger naturally produced in the pineal gland and present in high amounts in the gastrointestinal tract. It is involved in may of the body, brain and glandular biological functions including regulation of normal sleep/wake cycles, regulation of the immune... 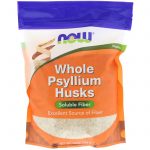 Whole Psyllium Husks, 16 oz (454 g) (Now Foods) - Key ingredients: Melatonin |Iron |Psyllium Husk |Soluble fiber from food such as psyllium seeds husks, as part of a diet low in saturated fat and cholesterol, may reduce the risk of heart disease. A serving of whole psyllium husks (Plantago Ovata) supplies 6 grams of the 7 grams soluble fiber necessary per day to have this effect.

Detailed descriptions of the ingredients included in the Peppermint Gels (Formula) dietary supplement: